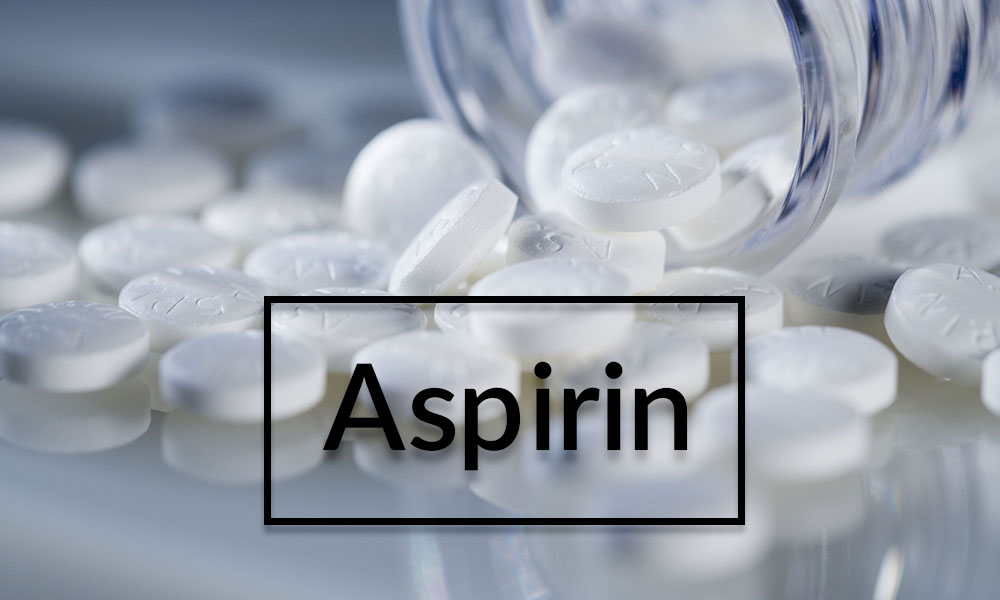 Prescription aspirin is used to treat the symptoms of rheumatoid arthritis, osteoarthritis, and systemic lupus erythematosus. Aspirin is also used to treat fever and to ease mild to moderate pain from headaches, menstrual periods, arthritis, toothaches, and muscular pains. Nonprescription aspirin helps to prevent ischemic strokes (strokes that occur when a blood clot stops the flow of blood to the brain) and mini-strokes. It works by preventing the formation of specific compounds that cause heat, discomfort, swelling, and blood clots.

Aspirin is synthesized chemically from salicylic acid by acetylation with acetic anhydride. Aspirin has a molecular weight of 180.16g/mol. It has no odor and is colorless to white crystals or crystalline powder.

Acetylsalicylic acid (ASA) is used to treat a wide range of conditions. It is also used to relieve symptomatic pain during surgical and dental operations. ASA is approved for the treatment of migraine headache associated with photophobia (sensitivity to light) and phono phobia (fear of noise).

In patients with adverse cardiovascular cerebral infarction, ASA is used to lower the risk of cardiovascular mortality (in combination with other therapies) and to prevent thrombosis following hip replacement surgery. It can also be used to reduce platelet aggregation, which helps to avoid transient ischemic episodes (TIA).

Aspirin absorption is pH sensitive at the level of the small intestine. At pH 3.5 or 6.5, aspirin’s intestinal absorption is greater than the gastric absorption. Salicylic acid is renally cleared, which can be increased by raising the urinary pH.

Effect on pain and fever: Acetylsalicylic acid is used to treat inflammation. It inhibits prostaglandin synthesis throughout the body. These are powerful, irritating compounds that have been found to produce headaches and discomfort in people when injected. Prostaglandin E1 is a well-known fever-inducing substance.

Effect on platelet aggregation: Platelet aggregation is inhibited by ASA and COX-1, which can result in the development of blood clots. The interaction of ASA with thromboxane A2 in platelets, an essential lipid for clot formation and thrombosis, causes its suppression.

People who are allergic to ibuprofen should not take aspirin. Patients who have inborn coagulopathies such as hemophilia should avoid all salicylates. Acquired diathesis as in the setting of dengue or yellow hemorrhagic fever should avoid the use of aspirin.

Although aspirin is quite effective against many disorders, it does have a number of negative effects. Acetylsalicylic acid should not be consumed in large quantities since it might cause hallucinations and possibly death at high doses.

Aspirin belongs to the nonsteroidal anti-inflammatory medication class (NSAIDs). Aspirin should never be taken on an empty stomach since it might cause heartburn. Do not use ibuprofen if your doctor has instructed you to take aspirin to avoid future strokes or heart attacks.

People with the following conditions should use aspirin with caution and only if a doctor prescribes it:

People who are allergic to aspirin or any other NSAID, such as ibuprofen, should avoid using these medications. Pregnant or nursing women may use low-dose aspirin under the supervision of a doctor. Because not all strokes are caused by blood clots, doctors do not give aspirin during a stroke.