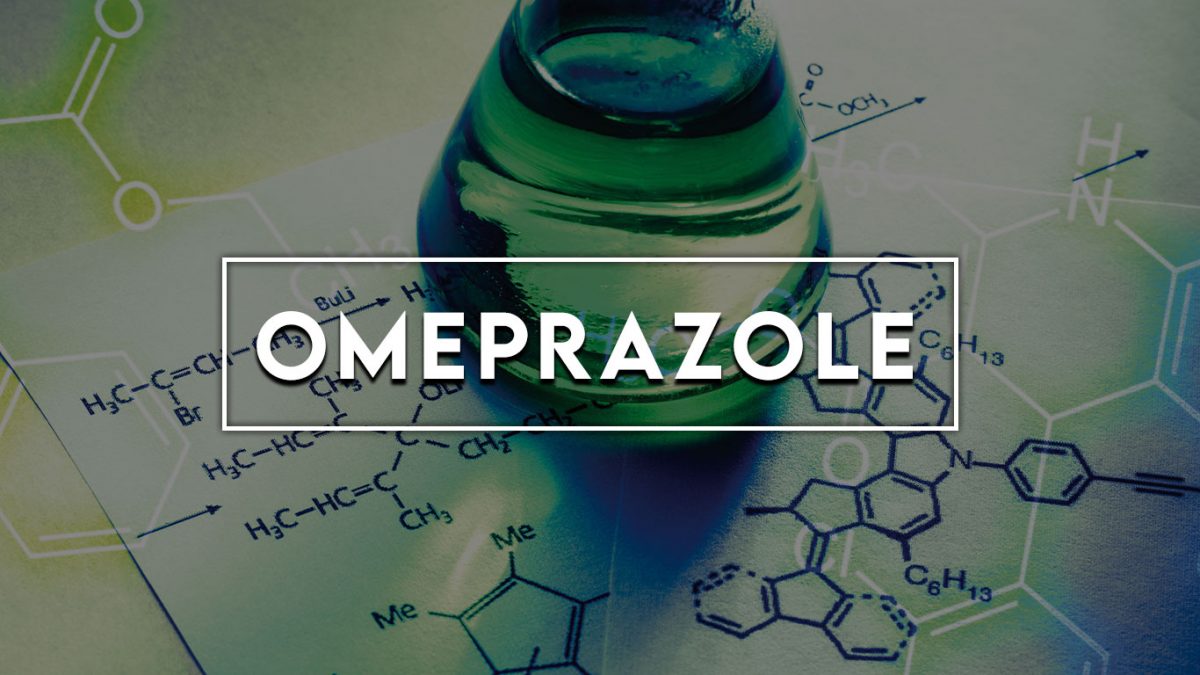 Omeprazole is a an oral antiulcer agent. Omeprazole is characterized as a gastric acid pump inhibitor because it blocks the final step of gastric acid production. It has a long duration of action and is very potent, allowing for once-daily administration. Despite its potency, it must be used in combination with antibiotics to be effective against Helicobacter pylori. Due to concern regarding long-term use, it was originally approved by the FDA in September 1989 for acute treatment only. In December 1994, an FDA advisory committee recommended it be approved for maintenance therapy of healed erosive esophagitis. In April 1996, it was approved for the treatment of H. pylori-associated duodenal ulcer. Belongs to a new class of ant secretory agents, the substituted benzimidazoles, which suppress gastric acid secretion by inhibiting the H+/K+ ATPase enzyme system of parietal cells. it, following activation in an acidic pH, binds irreversibly to the H+/K+ ATPase pump on the secretory surface of the parietal cell membrane. Subsequently, the secretion of hydrogen ions into the gastric lumen is inhibited. it inhibits both basal and stimulus-induced acid secretion.

Hydrochloric acid (HCl) secretion into the gastric lumen is a process regulated mainly by the H(+)/K(+)-ATPase of the proton pump , expressed in high quantities by the parietal cells of the stomach. ATPase is an enzyme on the parietal cell membrane that facilitates hydrogen and potassium exchange through the cell, which normally results in the extrusion of potassium and formation of HCl (gastric acid) .

Omeprazole is a member of a class of anti secretory compounds, the substituted benzimidazoles, that stop gastric acid secretion by selective inhibition of the H+/K+ ATPase enzyme system. Proton-pump inhibitors such as omeprazole bind covalently to cysteine residues via disulfide bridges on the alpha subunit of the H+/K+ ATPase pump, inhibiting gastric acid secretion for up to 36 hours . This anti secretory effect is dose-related and leads to the inhibition of both basal and stimulated acid secretion, regardless of the stimulus .

Peptic ulcer disease (PUD) is frequently associated with Helicobacter pylori bacterial infection (NSAIDs) . The treatment of H. pylori infection may include the addition of omeprazole or other proton pump inhibitors as part of the treatment regimen. H. pylori replicates most effectively at a neutral pH . Acid inhibition in H. pylori eradication therapy, including proton-pump inhibitors such as omeprazole, raises gastric pH, discouraging the growth of Pylori . It is generally believed that proton pump inhibitors inhibit the urease enzyme, which increases the pathogenesis of H. pylori in gastric-acid related conditions .

The severe or irreversible adverse effects of Omeprazole, which give rise to further complications include Interstitial nephritis.

Omeprazole produces potentially life-threatening effects which include Anaphylaxis. which are responsible for the discontinuation of Omeprazole therapy.

The signs and symptoms that are produced after the acute over dosage of Omeprazole include Tachycardia, Drowsiness, Drowsiness, Headache.